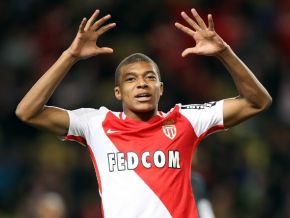 It is said that the AS Monaco whiz is related to the mythical Cameroonian goal scorer.

The European press only raves about him. In the space of several matches and goals scored, Kylian Mbappè Lottin, 18 years old, has been dubbed the prodigy of French football. In Cameroon, the young mixed-race man is gradually becoming the source of national pride and even the subject of a debate.

Some are absolutely convinced without a doubt that he is the grandson of Mbappè Leppé, famous Cameroonian goal scorer, who passed away in 1985. Well no! Kylian Mbappè Lottin, sonce of Wilfrid Mbappè, is certainly Cameroonian, but he is not related to “Maréchal” Samuel Mbappè Leppe. At least, you will need to go much further in their family histories to find a common link.

Christian Dippah who is also related to Mbappè Leppe is quite surprised with regards to this supposed family link that some Cameroonian websites have created between the two men. Sawa elder Valère Epée is just as perplexed. 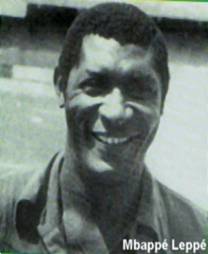 Some however do not need a magnifying lens to see the likeness between the AS Monaco player and the African football legend (a title formally given to Mbappè Leppé in January 2016 by the African Confederation of Football).

Kylian Mbappè may not directly inherit his talent from the “Maréchal”, but his parents are sportspeople. His father is a manager and he is actually his agent. So, even if his achievements on the pitch remind nostalgic people of those of the famous striker of Orix Bellois, Douala, their relationship is only in their shared name. And it would not be surprising to hear that Kylian Mbappè Lottin shares a relation with Eboa Lottin. Who, for his part, is rather a musical ace. An altogether different game.