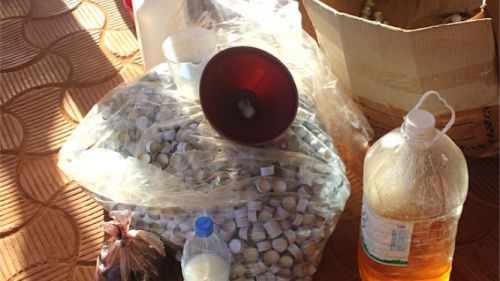 Yes, counterfeit product factories have been discovered in Mvan and Nkomo, Yaoundé

Factories that make counterfeit consumer goods have indeed been discovered in Mvan and Nkomo, Yaoundé

A rumor widespread in Cameroon suggests that factories of counterfeit consumer goods have been discovered in Mvan and Nkomo, Yaoundé. Some said the Fontana supermarket is also included. The rumor is confirmed by the trade department.

Sources said Minister Luc Magloire Mbarga Atangana and investigators visited, on May 24, an automobile garage in the Magzi-Mvan district and an apartment in the Nkomo Maétur district where they discovered the fake units.

“Early indications showed this was initiated by the promoter of Fontana supermarkets. The Consumer Affairs and Fraud Control Squad, led personally by Minister Luc Magloire Mbarga Atangana, has found tools used by the factories to falsify the manufacturing and expiry dates of products, ingredients for making fake whisky and Baileys...,” said the ministry which points out the alleged perpetrator is still nowhere to be found.