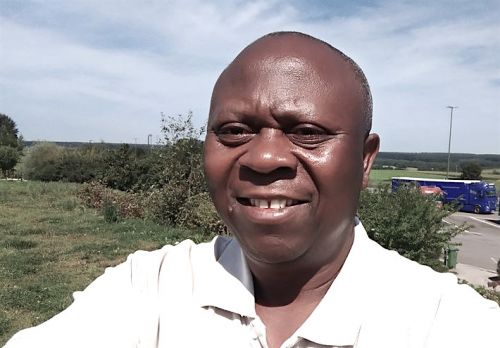 No, Cameroon’s anthem was not written by Camille Armand Chazeau

Yet, according to some rumors, the French pastor and former director of Foulassi teacher training school is the real writer of Cameroon’s anthem.

On June 23, 2018, a rumor sparked on Twitter, contradicting what is written in history books, national archives and some museums in Cameroon about the nation’s anthem. This rumor informs that René Jam Afane and Samuel Minkyo Bamba, both former students of Foulassi teachers training school who are respectively known as the songwriter and music composer of Cameroon’s anthem were not the composers of the anthem and its music. Rather, it was written by Camille Armand Chazeau, a French pastor, and director of the teacher training school mentioned above when the anthem was written, the rumor claim.

Yet, according to history, in 1928, the students of Foulassi teacher training school (in South Cameroon), before they graduated from the school, were subjected to a civic education duty. This duty consisted in expressing their faith in Cameroon’s future. By compiling the most beautiful sentences written by his comrades, René Jam Afane created the anthem and Samuel Minkyo Bamba devised the melody which was chosen to accompany the text. Pushed by the school’s director, the anthem was interpreted in front of the governor Théodore Marchand during his visit. It was officially used in 1948 and in 1957, it was adopted by the first legislative assembly in Cameroon (Assemblée législative du Cameroun-Alcam). In November of that same year, a law was promulgated establishing it as the national anthem.

Let’s note that not only were those two composers inscribed in history books for the anthem, they also hold the copyrights for it with the société des auteurs, compositeurs et éditeurs de l’art musical (Sacem). In that regard, Jauly VolCano, a former official of that institution informs that the national anthem has been registered in the name of René Jam Afane as the main author and some secondary authors. By the way, the copyright holders still collect their property rights”.

As far as the rumor is concerned, it is a sterile argument. “Had it been composed by foreigners, it would have been inscribed in the national archives, in the documents of Soliladra and the Socam”, he adds.

According to the communication manager of the ministry of culture, “the history is accurate. We can not answer all those lies told here and there”.

The first to start it was Jean Paul Pougala (photo), promoter of the institute for geostrategic studies Institut d'Etudes Géostratégiques in Cameroon and author of a book on African Geostrategy. Indeed, in 2013, he posted, on Facebook, an exam test (for the course on African Geostrategy) he gave to his master II banking, finance and marketing students at the Institut supérieur de management du Cameroon (Isma) for the 2011-2012 academic year.

Stopblablacam reached out to the school’s management for clarifications on the man’s role at Isma and on the said test. M. Bogne who is the current director of that institution confirms that Jean Paul Pougala had been a teacher at the education center. As for the test, "it will be difficult to confirm or infirm it because I assumed my office less than one year ago and, we will need to check the archives to verify it", he explains.

In a bid to reach Jean Paul Pougala, we called his phone number we obtained but, the call was answered by a man who said he was the professor’s collaborator. The said collaborator also gave us the mail of Institut d’Etudes Géostratégiques saying that it is the promoter’s personal email.

In addition, he promised that Jean Paul Pougala would reply within 2 hours. However, by the time we published this article (a day after the call), he still had not replied to our mail.