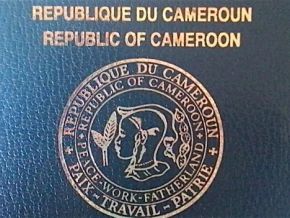 Is there really a shortage of the paperboard used to produce passports in Cameroon?

Who is right , between government and the media?

The Media announced shortage of the paperboards used to produce passport and national identity cards in Cameroon. Still, the government is denying the fact and claim that this news is the handiwork of scammers. “There is no blockage neither in the production of passports nor in national Identity card’s production. The stock of paperboard is enough for a whole year”, says Dominique Baya, general secretary of DGSN, in Cameroon Tribune on February 27, 2018.

He added that this shortage was published by fraudsters to scam and overcharge users. Indeed, to establish a passport, the user normally pays CFA78,000; However, in the circuit, the price can double or even three times the usual price. Cameroon Tribune also reported that a fraudster was arrested with 14 passports and detained at the judicial police.

However, his assurances cannot hide the complaints. “The general secretary of DGSN said in the national daily tribune that there was no shortage. However, for 2 months now, I have been waiting for my family members’ passports in vain. Our leaders should learn to say things as they are to citizens”, a user said outraged.  “My friend traveled to Berlin to renew his passport in Cameroon embassy. They told him that the paperboard for passports was finished. Cameroon is really a strange country”, an internet user complained.  “Let them acknowledge that there is a blockage because I am a victim who has been waiting since October”, another internet user said.

In 2006, there was a shortage of passports but at the time, this was because the government stopped producing it in order to convert them to CEMAC’s passport.