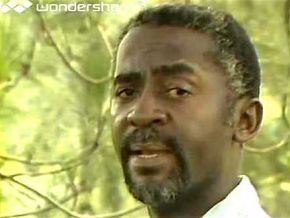 No, singer Geo Masso is not dead

People suggest Geo Masso, the phenomenal singer of Makossa, passed away. That is not true. At the time of writing this, the singer of “A Muto” (from his first album released in 1983) is still alive, or let’s say between two worlds. “He is in a coma,” a family member said, on his way back from the military garrison hospital in Douala, where the 67-year-old artist struggles between life and death.

His state of health is certainly alarming, but the family and fans of the well-known interpreter of “Lolita” (1989) cross their fingers and hope for the best.

The music and melodies of Geo Masso (Masso Mpessa Geoffroy William, at the civil registry office) still make several generations of music lovers dance. This explains the flow of curious people at his home in the Bonabéri district (Douala), which is also his village.