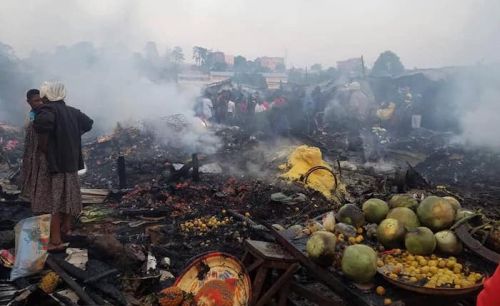 Today November 29 at around 2 a.m, a fire broke out at the food market of Bamenda, principal town of the northwest.

Reliable witnesses and pictures revealed huge property damages. Dozens of shops burned down as well as merchandise stalls. “This is the second disaster in the market within a month,” said Kum Leonard, a Bamenda journalist. The first tragedy of the month occurred November 16. Let’s also recall that back in March 2007, the market burned down.

Victims said this is probably a criminal action relating to socio-political tensions due to the Anglophone crisis in the northwest and southwest. A police investigation is underway.