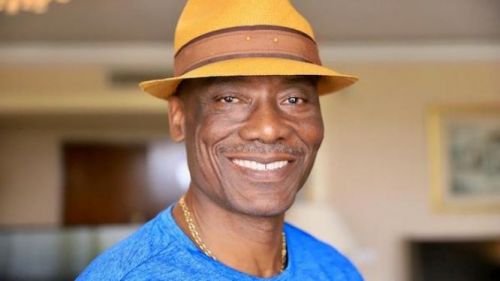 No, Joseph Antoine Bell made no comment about Clinton Njie’s leaked sextape

A Facebook comment attributed to Joseph Antoine Bell, former Indomitable Lions’ goalkeeper, indicates that had the young striker taken him as a role model, such misconduct wouldn’t have happened. Is this comment really from Joseph Antoine Bell?

A while ago, the Indomitable Lion striker Clinton Njie’s sextape was leaked on Snapchat. It was deleted shortly after the publication but not so fast. It gained many comments from users among which was one supposedly written by Joseph Antoine Bell, former Indomitable Lions’ goalkeeper. “Had little Clinton taken Mboma and myself as a model, this mess wouldn’t have happened. We all know his role models among the former national team players,” the comment that has been deleted since read.

This was not written by Joseph Antoine Bell. “I have nothing to do with that comment,” he said during a telephone interview.

“I don’t comment on such things. My readers who know me can guess that I can’t write a comment about a young man’s sexual misconduct,” he said.