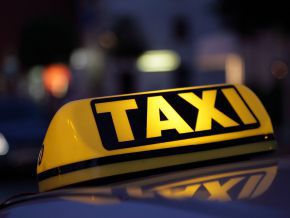 Can you be assaulted in a taxi in Cameroon?

It is said that people should be careful and adopt some security rules when they use public transport services.

In Cameroon, there are different accounts of assaults which are either recounted by the victims or those who report them.

“On a Sunday afternoon, I took a taxi while coming from my aunt’s place. I had nothing to worry about, apart from the driver and I, there was only one passenger. After a few meters, the passenger who was sitting next to me held me by my neck and brought out a knife. They took everything I had with me and dropped me in an abandoned area”, Anne-Gaëlle N (an office worker) recounts.

Rachel D. (a student), did not notice that she had been robbed until she had been hastily dropped by the taxi driver who claimed that he had changed his route. “Recently, while I was going to my class, I took a crowded cab and sit next to the door. The man next to me was so restless saying that the way he sit was uncomfortable and squeezed.  Many times, he asked me to take a certain position to allow him to be comfortable. In fact, he was rummaging through my bag and I did not even notice. They dropped me some meters before the university (ngoa-ékellé) and did not wait to collect their money. I only noticed that my kit had disappeared along with its content, my money and my phone I just bought namely, once I reached my class”, she recounted.

Some stories are more dramatic. Indeed, some passengers have been drugged by ether, or chloroform by drivers who pretended to be perfuming their cars or by accomplices who claimed to be selling perfumes. Some passengers have even been assaulted with a knife, with fists or threatened with guns. The type of transport (public or private) passengers take does not matter.

In 2014, Cameroon-Tribune indicated that 10 cases of assaults in a taxi were reported every week, according to police sources. This illustrates the extent the phenomena is taking.

So, passengers need to be vigilant.  The safety measures prescribed by policemen is to ensure that there is a serial number on the door, the car has a license plate and a badge. They should either take the license plate or the badge number or send it to a relative before they enter the car or let somebody else note one of that information. The info they have sent will help identify the abusers.