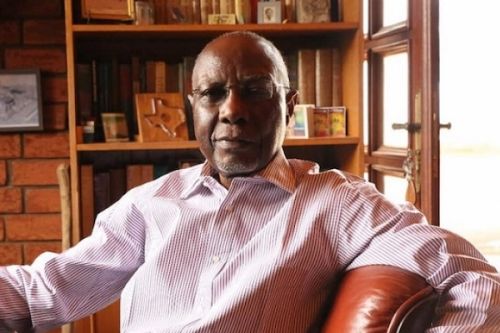 People say Professor Titus Edzoa had been the doctor of President Paul Biya. The Professor was Secretary General of the Presidency of the Republic (1994-96) and Minister of Public Health (September 1996 to April 1997), then jailed from 1997 to 2014 over an embezzlement case.

This rumor is what it is, a rumor. “I’ve never been the doctor of President Paul Biya,” the former government member said in a documentary broadcasted in March 2015 on Cameroonian channel Equinoxe Tv. He stressed he first met Paul Biya when he was working at Yaoundé Central Hospital.

In fact, surgeon Edzoa had successfully operated on a patient before learning she was a relative of the then Prime Minister, who was Paul Biya. When Paul Biya became president in 1982, their relationship strengthened and that’s how Edzoa entered the government.

Titus Edzoa was arrested on July 3, 1997. On 3 October, he was tried and sentenced to 15 years imprisonment for embezzlement of public funds. He was released on 24 February 2014.