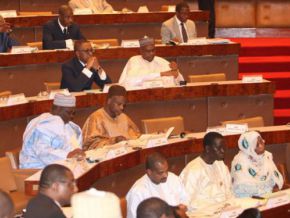 Cameroonians apparently do not trust their own elected representatives

The popular belief is that elected representatives only pretend to be interested in the populations when they need their votes.

The National Institute of Statistics (INS) published in January 2017 a survey on governance which confirms the popular idea that “Cameroonians do not trust politicians”. Indeed, this study carried out in 2014 explains, the limited trust of the population in the parliamentarians and municipal authorities (mayor’s office) has a special resonance with the judgement expressed on their listening abilities”. In statistical terms, the Institute reveals, only a very small minority of the Cameroonian population (4%) reckons that members of parliament always listen to the preoccupations of the population, and this proportion is 8% for councilmen.

“Even if we put in the satisfied section the 13%, 15% and 22% of people who consider that these selected representatives (respectively senators, members of parliament and councilmen) often listen to their citizens, a vast majority (around 81% for MPs and 71% for councilmen) of the population has a negative judgement”, INS pointed out.

Even worse, the organisation adds, the discredit for MPs is radical as 44% of the population has a categorical opinion when declaring that they never make the effort of listening to the population.