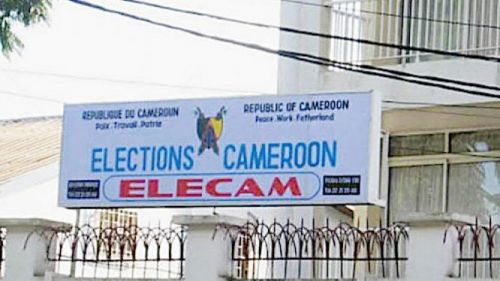 No, Elecam has not extended the candidature submission deadline for the coming dual legislative and municipal election

Rumors claim that the election body has extended the deadline by 15 more days. Is it true ?

Since last weekend, a wild rumor sparked on social media claiming that Elections Cameroon (Elecam), the body in charge of organizing elections in Cameroon, has extended, by 15 days, the deadline set for candidates in the legislative and municipal elections of 9 February 2020 to submit their candidature files.

According to some users, this extension takes effect from today, December 2, 2019. A news that was pleasing to some Internet users, particularly for supporters of Cabral Libii, president of the Party for National Reconciliation (Pcrn), who called for a 15-day extension of the deadline at a press conference held on 28 November in Yaoundé.

This deadline expired on 25 November, in accordance with the law of 19 April 2012 on the Electoral Code in Cameroon, which stipulates that candidates for legislative and municipal elections have 15 days after the convocation of the electorate to submit their candidature to Elecam. “15 more days from Monday! Cabral Libii is a visionary. Thank you Mr. President PCRN,” wrote an Internet user on his Facebook page.

“Exclusive: Elecam will grant an additional deadline for the submission of applications to late candidates next Monday,” wrote another, in a post published on Facebook last Friday.

This information is false.

The deadline for the submission of candidatures for the double election of February 9, 2020, has not been extended by the election body. While no official denials have been made public on this subject, publications breaking down this rumour have been published on Elecam's Facebook page, marked by the tag "Fake".

On Friday, the Chairman of the Electoral Council, Enow Abrams Egbe, indicated that the body has 10 days to review all candidate files and publish the validated lists. He made this announcement during the second full session of this body, whose members are currently examining “hundreds of candidate files.”