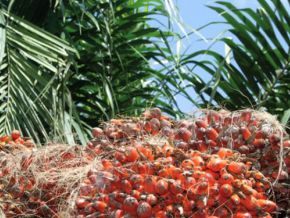 In the meantime, the Cameroonian government is forced to import every year approximately 115,000 tons of palm oil.

It is often told like a legend: “Malaysia benefited from Cameroonian palm trees”. But we probably do not know to what extent this declaration is close to the truth.

According to the Centre of Analyses and Research on Economic and Social Policies in Cameroon (Camercap-Parc) who presented on 28 March 2017 in Yaoundé, a study on the appropriation of research in the country, it is confirmed that Malaysia indeed benefitted from research carried out by Cameroonian researchers.

“As part of a project to improve the productivity and competitiveness of the oil palm sector in Central and Western Africa (Aprocom-PH), the studies carried out on the palm kernel in the laboratories of the Institute of Agricultural Research for Development led to the development of a revolutionary variety which starts producing after 4 years”, reveals Camercap.

The Cameroonian think tank adds: “The implementation of these results enabled some Asian countries such as Malaysia to climb to the top spot as a main global producer of palm oil to our detriment”.

Camercap-Parc notes that Cameroon is forced to import every year approximately 115,000 tons of palm oil to fill the production deficit estimated at 270,000 tons and meet the demand on the internal market which is at 385,000 tons per year.