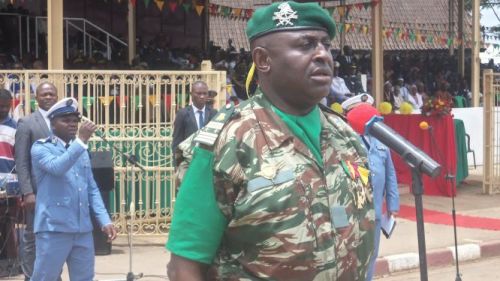 No, Agha Robinson has not fled Cameroon for the USA

According to rumors, the general appointed by a presidential decree on February 21, 2018, fled the combats in the NorthWest.

Gen. Agha Robinson, commander of the fifth military region covering the West and Northwest, fled from Cameroon to the United States of America, according to some news. Col. Didier Badjeck, communication manager for the defense ministry informed that this is a fake news. According to him, the general is doing his work as usual.

He further explained that this rumor could be the handiwork of the secessionists who, overwhelmed by the events on the operational plan and lonely on the diplomatic level, turned to fake rumors and intoxication. "Nobody will heap opprobrium on the patriotism of our well–disciplined defense forces. Please, leave the general fulfill his missions", he added.

The official explained that but for the secret defense required around the defense forces activities, Gen. Agha would have communicated on his activities.

It is worth mentioning that the general is commanding an army in a sensible area where the Anglophone secessionists are perpetratiing violent acts.