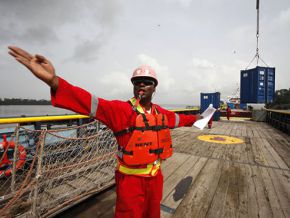 Rumors suggest that French logistics firm, Necotrans, which has been put under receivership, lost contract for the maintenance of the Kribi deep water multi-purpose port terminal.

As news of Necotrans being under partial receivership reached Cameroon, various interpretations are emerging. Indeed, while some say the international logistics firm lost its contract for the Kribi deep water multipurpose port terminal in the country, facts suggest otherwise.

Last month, on June 29, Necotrans announced that its eleven French units have been put under receivership by the Tribunal de Commerce of Paris. However, “subsidiaries operating outside France are not concerned by the measure and will continue functioning normally, thus preserving jobs and activities in Africa where the group generates nearly 100% of its turnover”, Necotrans highlighted. The company will therefore not exit Cameroon or any African country where it operates.

It should be noted that the Paris court’s decision results from a request made by Necotrans itself, as it seeks a strategic partner and is currently undertaking an assets sale. In this regard, three firms, the logistics company reveals, have expressed interests in the operation. Negotiations should soon commence to reach an agreement regarding businesses which will be taken over, their valuation, and impact on employment.

“In collaboration with the two appointed receivers and ourselves, we have no doubt that the Court will pick the best offers in the interest of the group and workers who have been with us since 2013, in the framework of strategic restructuring and development in Africa in relation to management of port terminals, oil logistics and outsourcing of mining activities,” said Grégory Quérel, President of Necotrans.