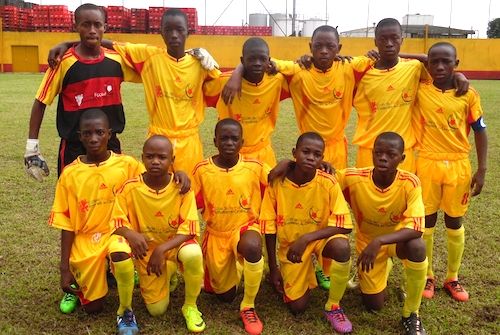 Beware, you don’t have to pay to facilitate enrolment at Brasseries du Cameroun (SABC)’s football academy

Rumors have it that agents of Brasseries du Cameroun (SABC)’s football academy (EFBC) are collecting money from prospective students to facilitate their enrolment. Is it true ?

Rumors claim that agents of Brasseries du Cameroun (SABC)’s football academy (EFBC) are collecting money to facilitate prospective students’ enrolment. In a press release published on the academy’s website,  EFBC’s general manager indicated that enrolment at the said school is subjecte to participation in “Coupe TOP”, a championship. He reminds that the 2019 edition of this championship ended on August 04, 2019.

Users and people interested in joining the academy are then advised not to fall prey to these money demands and report them via mail to this address, Cette adresse e-mail est protégée contre les robots spammeurs. Vous devez activer le JavaScript pour la visualiser.