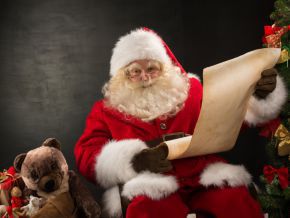 Will Paul Biya be bound to offer 1 million laptops to Cameroonian students?

On July 27, 2016, in Yaoundé, Jacques Fame Ndongo, Cameroon’s minister of higher education (MINESUP), promised 500,000 laptops to the country's university students, on behalf of President Paul Biya. The laptops were to be considered as a gift for the academic year 2016-2017 but, that year ended without any trace of the mentioned laptops. The academic year 2017-2018 has started, and this time, it was promised that a first batch of 80,000 laptops manufactured in China would be distributed to students in November 2017. According to the MINESUP, the president’s gift which is valued at CFA75 billion will also include students of the 2017-18 academic year.

Hence, given the inclusion, some believe that Cameroon’s president will give away 1 million laptops or, 500,000 laptops for each academic year’s students. This is a wrong interpretation according to Jean Paul Mbia, communication manager at the ministry of higher education.

He explained that "there were not 500,000 new students this 2017-2018 academic year. In September 2017, about 60,000 new students were registered. Last year, there were around 450,000 and, we rounded it up to 500,000 by including the students registered in the 230 private universities of the country. Some students dropped out, some have traveled abroad, some have been admitted to other prestigious universities, some embarked in entrepreneurship and some others have died. The count gives us around 500,000 laptops ".

According to Jean Paul Mbia, there cannot be 1 million students within two years in Cameroon, based on the number of students who passed the baccalaureate, those who left the campus and the newcomers.