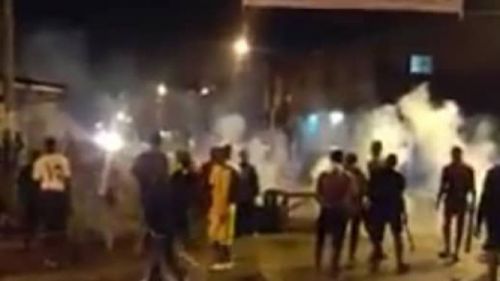 No, this weekend's clashes in Douala have nothing to do with a community conflict

Some people claim that the clash of last Friday and Saturday, at New-Bell was between communities. Really?

On Friday 1 and Saturday 2 November 2019, Douala was the scene of violence between young people from the New-Bell district against those from the Ngonsoa district (Camp Yabassi).

In videos circulating on social networks, we see young people armed with machetes, some with masks on their faces. In the comments following those videos, some people quickly claimed that it was a conflict between different communities. This claim has been denied by local authorities.

During a crisis meeting on Sunday, organized to calm minds and avoid the clash being used for manipulation purposes, the Governor of the Littoral, Samuel Dieudonné Ivaha Diboua, said that this is not a community conflict. "The clashes recorded on Friday and Saturday are due to the rise in urban crime," he said.

His statements are confirmed by traditional authorities. "We've never had any community problems. They are just malicious individuals who want to destabilize our country with useless stories," said Adamou Housseini Labo, a traditional leader, on Crtv-radio.

"There is no community problem, there has never been one. There are always minor clashes between rival gangs," His Majesty Engelbert Ewolo added.

According to Benjamin Mboutou, prefect of Wouri, it all started with a story about a young woman who had a relationship with two young people from rival gangs. One of the gangs then led a punitive expedition.