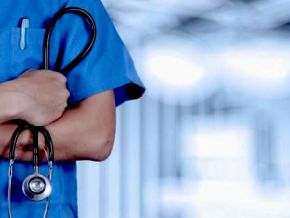 No, the National Physicians Union didn’t call on the public to vote for any candidate in particular

Would the National Physicians Union (Synec) become a political movement?

A document has been recently shared calling on the public to vote for the opponent Maurice Kamto, during the next presidential elections October 7. The document was on behalf of the national physicians union (Synec).

“It is with conviction and determination that we invite all healthcare personnel (medical and paramedical), pharmacists and their assistants, medical and nursing students, patients and all those who are disgusted by the public hospital, and all free trade unions in Cameroon to support Professor Maurice Kamto” the document said.

However, this is a fake news. Indeed Patrick Ndoudoumou, the General Secretary of Synec, denies it saying “this declaration is personal to the synec’s president Pierre Yves Bassong. It’s not an initiative of the whole union. Synec reiterates its commitment to republican values and instructions. It is asking its members and Cameroonians to exercise their civic duty by following their hearts and minds on Sunday, October 7”.

Mr Ndoudoumou stressed that the Cameroonian Physicians Union is an “apolitical civil society organization” and therefore cannot give voting instructions. Pierre Yves Bassong himself does not deny that this is his personal initiative.