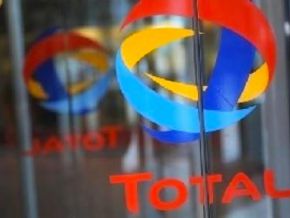 Some people say that the ruling party, the Democratic Congress of the Cameroonian People (RDPC – Rassemblement Démocratique du Peuple Camerounais), is extorting money from oil companies.

A meeting of the Rassemblement Démocratique du Peuple Camerounais (RDPC) scheduled for 30 June 2017 in Yaoundé is generating many comments on social networks and in discussions. Indeed, rumour has it that RDPC is demanding financial contributions from filling stations to organise its meetings in various boroughs.

According to the facts, everything started with a correspondence from Simon Mama, President of the RDPC Mfoundi sub-section, in the Yaoundé 1st arrondissement. On 26 May, he requested for funds to organise a big meeting in his constituency on 30 June 2017. A letter is then addressed in this regard to the manager of a Total filling station.

However, upon closer inspection of this document, Simon Mama was not addressing the manager of said filling station, but “the President Comrade Manager of the Total filling station Nlongkak roundabout, honorary member of the RDPC pilote-Mfoundi 1 sub-section”. “I addressed the letter to a party comrade and not to the manager as was said on social networks. The fundraiser should help us close the budget related to the organisation and success of this event whose importance is capital”, explains the RDPC hierarch. Who specified that it was pure happenstance that his colleague in the party also be the manager of a filling station. And that this is not a demand from the party to all filling stations in the country.