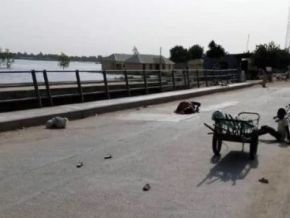 No, no Cameroonian died in the accidental explosion that occurred on January 6 near Fotokol, in the Far North

The explosion did happen, sadly, but no Cameroonian died

Since January 6, 2020, people on social media have been sharing publications suggesting an explosion occurred in Fotokol, a town in the Far North region, saying people who died were Cameroonians. Well, it’s true that the tragedy happened with loss of human lives (9 according to official figures), but the victims are all Nigerians. The announcement was made by the head of the defense ministry's communications division, Commander Cyrille Serge Atonfack Guemo.

Twenty-one (21) other Nigerians were wounded along with 5 Cameroonians. ”They have been evacuated to medical facilities on both sides of the border, namely the medical centers of Fotokol in Cameroon and Gambaru in Nigeria,” he said. And also the explosion did not take place on the Cameroonian side, but rather on Nigerian soil.

“It was about 2.30 p.m. on Monday, 6 January 2020, when two male kids showed up at the Ngala periodic market square on the Nigerian side of the bridge over the El Beid River between Gambaru (Nigeria) and Fotokol (Cameroon), handling a grenade that was probably found in the sands of the locality, and which they promised to sell to the highest bidder to make some money,” Cyrille Serge Atonfack Guemo said. It was during “this careless handling that the device exploded, causing death and desolation,” he added. It is not an attack by the terrorist group Boko Haram, which is still active in the Far North. “Research and interviews with the survivors of the scene have established with certainty that this is not a suicide bomber attack,” said Commander Atonfack Guemo.