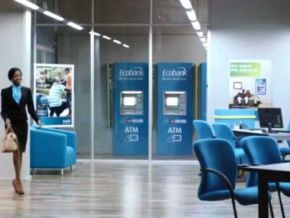 On social networks, many claim Ecobank is on the brink of bankrupcy… True ?

Some say the recent closures of the lender's branches in the country is an indicator of a serious crisis.

On WhatsApp, some groups, via voice notes, spread some concerning rumors regarding the Ecobank group’s activities in Cameroon. Indeed, while one says Ecobank's branches in the western region of the country have closed and urges the lender’s customers to take the "Ecobank crisis" very seriously, another said a close friend with connections at the bank advised him to retrieve all funds due to a major problem. How true are these rumors? Should they be taken seriously?

Yes, like all lenders in the sub-region, Ecobank has known a number of issues resulting from to the fall in prices of commodities and depreciation of companies’ assets. Yes, Ecobank had an issue regarding the accumulation of bad debts (55% of these before 2011) amounting to $864 million, of which 75% at its Nigerian unit. Yes, many other legal and management issues dating from 2013, but solved today, have also shook the group.

Regarding the handling of bad debts, according to the Ecofin Agency, overall, $780 million of bad debts were transfered to a Resolution Vehicle (fully owned by Ecobank Transational Incorporated) which already started clearing the debts of Ecobank Nigeria.

As for the rumor about bankruptcy, it is false. Ecobank Transnational Incorporated (which includes Ecobank Development Corporation and eProcess International), though it deals with bad debts, has no issues in regards to its assets and can still rely on its various shareholders.

Finally, regarding Ecobank, the lender itself, it keeps its value steady even if interest rates last year were lower than in 2015. However, to boost its profits, the bank developed a new strategy aiming to grow its customer base fivefold over the next 5 years. To the same end, the group recently partnered with a Fintech, is digitalizing (mobile app…), proceeding to restructuring (closing various agencies, transfering some workers or cutting some non-necessary jobs), improving control measures, etc.