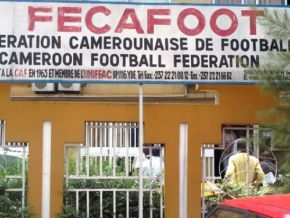 Did the Cameroonian Football Federation request a boycott of the banks UBA and Ecobank?

Underlying this boycott would be the fact that the two banks blocked financial movements of the Federation.

It has been said for some weeks now that the Cameroonian Football Federation (Fecafoot) is advocating the boycott of the banks UBA (Union Bank for Africa) and Ecobank. The information is true. Because, stopblablacam.com has been able to get a copy of an official document that substantiates this news. It concerns a memorandum signed on 10 February 2017 by the Secretary General of the Federation, Blaise Moussa.

The latter wrote that, “regarding its disavowal and suspension by the above-mentioned banks, Fecafoot could not, logically and by reciprocity, continue to transfer money to said banks who holds its resources captive with the aim of paralysing it and crippling its actions to promote football in Cameroon”. Blaise Moussa warns: “the beneficiaries of payments (...) who have only presented to the Administration and Finance Division banking details of UBA and Ecobank are invited to provide different banking information to that of the contested banks UBA and Ecobank”.

To understand the ire of the Federation, one must go back in time to May 2016. Members of the 2009 General Meeting of this Cameroonian football institution went to court to oppose any financial movement on the accounts domiciled at the two banks if requested by Mr Tombi à Roko (President of Fecafoot), whose election was invalidated on 12 November 2015, by a sentence of the Conciliation and Arbitration Chamber of the National Olympic and Sports Committee of Cameroon (CNOSC). The plaintiffs won. UBA and Ecobank apply the judge’s decision. Fecafoot can no longer make operations on its accounts.

Which led Tombi à Roko to, in his turn, take both banking establishments to justice to get the decision reversed in his favour. A waste of time. The Regional Court, Administrative Centre of Yaoundé decided on 27 May to dismiss the claim of Fecafoot’s contested president. Since then, it is the status quo.