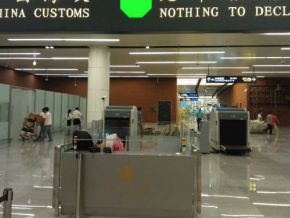 Is there a visa exemption agreement between China and Cameroon?

According to some rumours, Cameroonians going to China and Chinese coming to Cameroon do not have to request for a visa anymore.

After the Parliament on 4 April, the Senate on 5April 2017 received the bill authorising the President to sign the agreement between Cameroon and the government of the People’s Republic of China on the reciprocal cancellation of the visa obligation. Which gave way to many interpretations in the general population.

For most people, this means there is now a visa exemption between China and Cameroon. Which is not exactly true. Because, at the moment, it is only a bill.

Moreover, based on the text submitted to Parliament, the agreement between the two countries is meant for three particular situations. These concern non-accredited citizens of the State-parties in the territory of the other party, holders of diplomatic passports or service passports who are members of a diplomatic mission, a consular representation or a permanent mission and finally members of government and assimilated, as well as general officers. Not all categories of Cameroonian and Chinese citizens are covered by this visa exemption.

As a reminder, it was on 7 July 2016 that the Minister of External Relations, Lejeune Mbella Mbella and the Chinese ambassador in Cameroon, Wei Wenhua, signed the agreement submitted to Parliament.