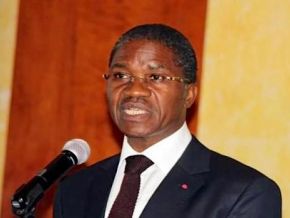 No, André Mama Fouda was not arrested disguised as a woman

Social media posts claim that the former official was arrested in Kye-Ossi, disguised as a woman. Is it true?

For days now, social media posts have been informing that the former minister of health André Mama Fouda had been arrested.

According to the posters, he was "arrested at the border dressed like a woman in an adu March 8 (the cloth used to celebrate women’s day in Cameroon),” while he was trying to overtly leave Cameroon.

These claims are false. They are dispelled by the former minister’s relatives. “He was in his house at Obogogo-a neighborhood in Yaoundé,” when the rumors of his arrest were being spread.

According to our sources, Yaoundé’s mayor heartily mocked this rumor.

Appointed as the minister of public health on September 7, 2007, André Mama Fouda left the government on January 4, 2019, following a cabinet reshuffle.