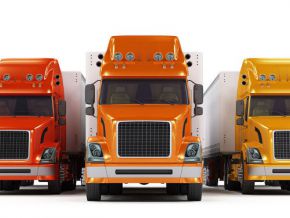 Did the Cameroonian army intercept an American arms convoy in Kousseri ?

According to rumours, said convoy was full of arms and ammunitions to replenish the stocks of the Islamist sect Boko Haram.

An American convoy made of big trucks was stopped on 27 March 2017 in Kousseri, border town between Cameroon and Chad. Stopping which created suspicions within the population. They have concluded that these were trucks filled with arms and ammunitions to restock the Islamist sect Boko Haram (!).

On 5 April 2017, the Minister of Communication (Mincom), Issa Tchiroma Bakary, issued a rebuttal. “Contrary to some rumours which have unfortunately been spreading these past days, the cargo of this convoy was only made of various materials”, informs the government's spokesperson.

“On 27 March 2017 in the evening, relates Issa Tchiroma, thirteen trucks dispatched by the American government, from Ndjamena and going to Garoua, transiting through the border town of Kousseri, were stopped by the Cameroonian Customs assisted by our security forces, for normal checks”.

Still according to the Mincom, the Prefect of the Logone et Chari District set up a committee in charge of carrying out an inventory on the equipment. Considering the sovereignty of our country and in compliance with the rules and procedures in force, the American authorities voluntarily agreed to this operation and cooperated perfectly, for the operation to be carried out in the best conditions of transparency and serenity.

Investigations carried out on site revealed that no arms or ammunitions were found in the containers, which globally contained sleeping material, portable toilets, food rations and canned food, electric cables and accessories, air conditioning equipment. “The convoy remains at the moment parked at Kousseri, while awaiting the completion of the usual formalities started by the United States embassy accredited in Cameroon”, specified Issa Tchiroma Bakary.