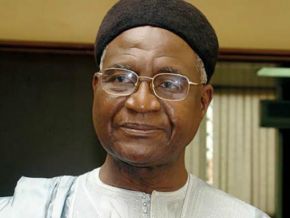 According to some, the president of the National Union for Democracy party never run for the position of Leader of the country.

As Cameroon’s presidential elections planned for 2018 approach, some are already making projections regarding probable candidates. If it is strongly believed that the actual President, Paul Biya, will run for another term, nothing filtered about his potential challengers.

"Surely not Bello Bouba. He has never opposed Paul Biya due to their political alliance," says an observer while another adds: “Bello Bouba and Paul Biya signed a non-aggression pact”.

One has to go as far back as 1992 to see Bello Bouba Maigari oppose Biya in a presidential election. At the time, Bello Bouba was president of the National Union for Democracy (UNDP). During that election which was held on Oct. 11, the opponent had 19.2% of the votes, just behind Opposition’s leader, John Fru (36%), and winner Paul Biya (40%).

However, following the 1992 episode, UNDP’s president signed an alliance with the ruling party, the Democratic Gathering for the Cameroonian People (RDPC). Under the pact, Bello Bouba is guaranteed a position within the Biya administration which rules the country since then. He is in fact the actual minister of tourism.