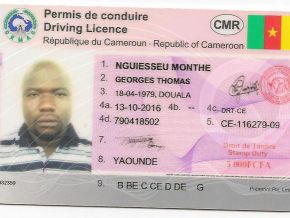 It is true: Online registration for driving license has been suspended in Cameroon!

For the second time, the minister of transport has issued a measure suspending online registration for driving license.

In January 2018, when the information according to which online registration for driving license was suspended by Cameroon’s transport minister was disseminated, people thought that it has definitely been stopped. But, according to the association of driving school owners, some people continue registering  despite the ministerial decision.

They explain that the measure became effective on March 2, 2018, when the new transport minister Ernest Ngalle Bibehe was appointed.

The association informs that this suspension follows the proof of dubious practices they presented to the minister. Indeed, according to them, the driving license candidates used to pay money in a secret mobile money account kept by shady individuals destroying the administration’s reputation.

In a statement published on May 14, 2018, they thanked the minister for his decision to effectively suspend the online registration for these licenses (during which the requester would pay CFA5,000).

For the record, on October 1, 2017, the then minister of transport instructed that the registration for driving license should be conducted online but, in view of the limits of this initiative, they decided to stop.