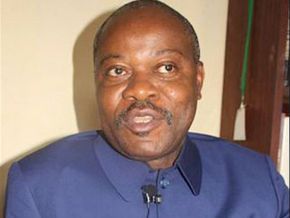 Is there an open conflict between the director of ENAM and the minister for civil service?

The results of the entry test to the National School of Administration and Magistracy (ENAM) might be held due to the conflict.

An alleged conflict between Michel Ange Angouing, Cameroon’s minister for civil service (MINFOPRA) and Linus Toussaint Mendjana, the managing director of the national school of administration and magistracy ENAM is being discussed on social media.

A mail sent to the director of ENAM by the MINFOPRA, which regulates the school, on November 9, 2017, revealed that there is truly an open conflict about the session 2017 of the test of entry in that school.  The mail reads: Subject: “Counting commission of the entrance test of ENAM, session 2017”.

“I will be much obliged if you can quickly provide the minutes of the proceedings from the entrance tests in order not to jeopardize the academic year 2017-2018 and discredit the selection process”.

The MINFOPRA reminded that he has already sent four other mails about the proceedings without response.

“The division of responsibilities between the ministry of civil services and administrative reform and the national school of administration and magistracy being clearly defined by the legislation, your insubordination, and suspicion towards the regulatory body of ENAM is unjustified,” Mr. Angouing wrote.