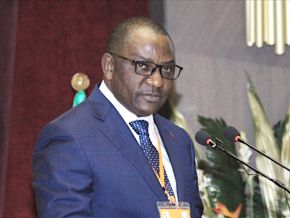 According to some, the scheme is possible circumventing Customs Administrative Services.

The auction of vehicles that took place in February 2017 at the port of Douala encouraged certain Cameroonians to be crooks. The latter promised users to link them to a « network » enabling them to acquire, by circumventing the regulations, cars of their choice.

It is thus to raise awareness faced with this situation that Fongod Edwin Nuvaga, Managing Director (MD) of Customs, released a communiqué on 9 March. He informed the general public that “ill-intentioned individuals, passing themselves off as senior officials from the Ministry of Finance, are promising their victims, against hefty sums generally paid into a bank account, cars and other valuable merchandise, being sold under the auspices of the public auction currently ongoing at the port of Douala”.

The MD of Customs warns against these “illusion mongers”. He appeals for the prudence and vigilance of all and reminds that the auctions are open to the public and are carried out by Customs Administration by auction, to the highest bidder and last bidder.

“The Customs Department reserves the right to take legal action against the perpetrators of these offences”, concludes Fongod Edwin Nuvaga.