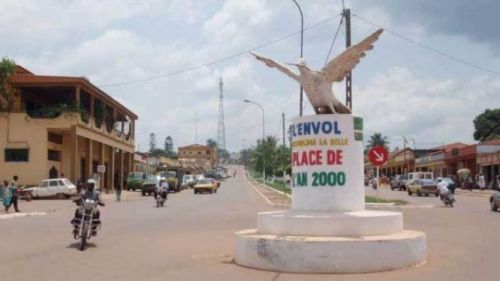 No, the turmoil in Sangmelima didn’t start with an inter-ethnic crime

Some people claim that the turmoil started because a Bamoum murdered a Bulu in the departmental capital of Dja-et-Lobo. Is it true?

Bulu people, from Southern Cameroon, and the Bamoum, from Foumban in the Western region, recently clashed in Sangmelima. The clashes became store burgling.

Nothing is quite sure but, Koulbout Aman David, prefect of the Dja-et-Lobo, whose departmental capital is Sangmelima, recounts the chronological progress of these clashes. “The lifeless body of a 27-year-old Assam Belinga Benjamin Junior [ a Bulu] was found by his family members in Nyazanga. Thanks to authorities that were on the spot, the body was retrieved and buried by the family because of the advanced putrefaction state of the body.”

A suspect, Mefoua Wilfried (also a Bulu) born on April 16, 1998, was arrested in Sangmelima at the area called  “Marché”, with the deceased’s phone and slippers. “According to the deceased’s uncle’s words, the suspect is an in-law who threatened, days ago, to deal with the victim,” the prefect reveals.

Another person, Amidou Djoutamboui ( a Bamoum), was also arrested, with the deceased’s motorbike, at the area called “An 2000”, by agents of Sangmelima central police station. Soon, rumors sparked that the murderer is M. Djoutamboui because he was arrested with the defunct’s bike.

Yet, the prefect explains, the man suspected of murder is the in-law who is also a Bulu. Amidou Djoutamboui, the Bamoum, is suspected of concealment.

In a radio statement, the prefect asked residents to stay calm, assured them that it is not an inter-ethnic problem and invited them to continue with their daily routine, as true patriots, and let justice perform its duty.