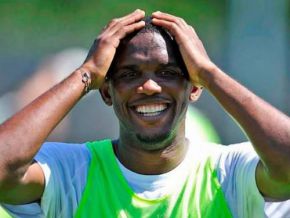 It is said that the company started by the football star is no more.

Mobile network Set’ Mobile (Set derived from Samuel Eto’o) closed in 2014, thus two years only after launching its activities in Douala, on July 22, 2012, to be precise.

Before closing, the company had known a number of issues, including a strike by its employees, in February 2013. At the time, the workers were demanding payment of arrears.

Strangely, the firm’s initial vision was a good one: “enabling as much Cameroonian as possible to communicate affordably”. Set Mobile was set to compete with Orange and MTN, and its SIM cards was sold in a large number.

“In truth, Set Mobile was just a credit retailer for actual mobile operators. Simply put, it was more of a giant call box,” says an economic journalist. The business initially required an investment of FCFA100 million. “Eto’o has been cheated by his relatives. He is more of a philanthropist than a businessman,” our source added. Samuel Eto’o was indeed the founder and chairman of Set’ Mobile, also known as Eto’o Telecom.