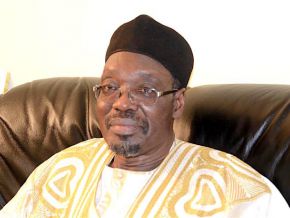 It is barely believable but it remains true nevertheless. The minister of communication, Issa Tchiroma Bakary, is now on social networks.

Last September 7, the official released his first tweet which read: “Hello my dear friends! I am very happy to see you all on Twitter hoping to have interesting discussions regarding our beautiful country Cameroon! #ITBfirsttweet". Unlike his other colleagues, the minister did not later come to deny the post saying he is not on social networks.

Issa Tchiroma Bakary thus joins twitter a little more than a year after the release of a presidential instruction that urged all members of the government to join social networks. Truly, on April 5, 2016, Ferdinand Ngoh Ngoh, secretary general to the presidency wrote to the prime minister’s office regarding “governmental communication.”

“I have the honor to inform you that the President of the Republic instructs the Prime Minister to develop an effective public communication strategy,” read the official's note. Ngoh Ngoh also indicated that the various heads of ministerial departments would have to “restructure their communication units to insure that information are provided to media, and on social networks, live, appropriate information concerning government’s actions”. An instruction which is clearly taking time to be effective.