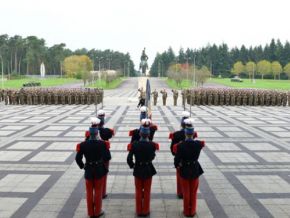 The French schools where applicants are to be trained are the Special Military Institute of Saint Cyr in Coëtquidan and Lanvéoc-Poulmic naval school.

A release allegedly published by Cameroon’s defence ministry is being shared on social media since December 13, 2018. According to the said release, Cameroonians (both male and female) willing to join the defence forces are invited to submit an application for a competitive examination to be admitted into French officers training schools. The said document is accurate.

A check at the defence ministry helped us confirm that this examination would indeed be organised on March 12-14, 2019 at Yaoundé defence college, which is the only examination centre. The French schools where successful applicants are to be trained are the Special Military Institute of Saint Cyr in Coëtquidan, and Lanvéoc-Poulmic naval school.

Applicants must be Cameroonian, single without dependants, enjoy citizen rights, be free from infectious diseases, be deemed fit by a military doctor and be proficient in English. In addition, they must be at least 18 years old and 23 at most by January 1, 2019. They should also hold a baccalaureate (the major does not matter) or a GCE/AL with at least two subjects (religion excluded) and have successfully completed at least two years in a higher education institute.

The written pre-screening exams will be held on January 15-16, 2019 at the examination centre in Yaoundé at 7 AM. The screening tests will be held on March 12-14, 2019 at the examination centre and only applicants who passed the pre-screening test will be eligible to participate. The complete application files should be received at the human resources management of the defence ministry by January 10, 2019 at 4 PM the latest.