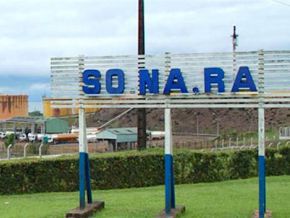 Is it true that the killer of Jeanne Christelle Onana Mfegue is working at SONARA?

On social media, some people claim that the killer of Jeanne Christelle Onana Mfegue is an employee of SONARA. True?

Since the lifeless body of Jeanne Christelle Onana Mfegue, 33, was discovered with throat slit open, it is the confusion. She was found dead in her house on January 16, 2018, at Olembé in Yaoundé. Following the discovery, some rumors sparkled rapidly on social media. According to the rumor, Michel Nguele, an employee of SONARA is the culprit.

On January 17, 2018, Ibrahim Talba Malla, managing director of SONARA denied the post. “A post published on social media on January 16, 2018, claims that Nguele Michel who is supposedly working at SONARA is the presumed killer of Mfegue Onana Jeanne working at the tax service of Nylon, Bastos (Yaoundé)”, he wrote.

“The management of SONARA does not recognize the man on the post as being one of its employees. So, it calls on the attention of the population that the name of the man working at SONARA is Nguele Nguele Michel Charly, not Nguele Michel”, he expanded.

In conclusion, the managing director explained that neither Nguele Nguele Michel Charly nor SONARA are associated with the information.