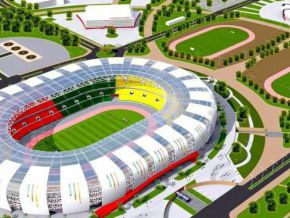 Is it true that Marc Debant resigned because he was pressured for kickback?

According to the group, he didn’t want to adjust his agenda and increase the work teams.

On February 17, 2018, Piccini, the Italian group in charge of building Olembé sports complex, made an appearance in the media to quell speculations that its project manager,Marc Debant had resigned as a result of pressere from some camerounian officials who required kickbacks from him.

Reacting to the allegations, Piccini described the allegations as unfounded,stating ‘Marc Debandt, engineer in charge of the construction at Olembé was neither a financial manager, nor was he responsible of the companies purchases or contracts”,

“His work is essentially technical and it consists of the management of technical staffs and materials provided by the general directorate of Gruppo Piccini SA”, the group clarified.

Contrary to claims Marc Debant yielded to pressure from some officials, the facts as presented by Piccini shows those claims could not have been the reason he Resigned.