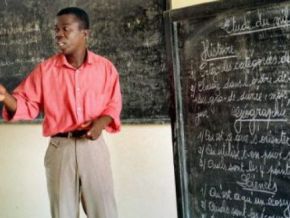 It is being said that the Cameroonian government will recruit about 3,000 teachers in 2017

This would be as part of a contractualisation project financed by the World Bank.

In an environment where a rumour has been going around for weeks about a “structural adjustment” to which Cameroon has been submitted since December 2016, the announcement by the Minister of Basic Education (Minedub) of the recruitment of 2,970 teachers leaves many incredulous. In short, we believe that Cameroon cannot be under structural adjustment imposed by IMF and afford to recruit close to 3,000 civil servants. Which would increase the State’s payroll currently at about FCfa 1,000 billion.

But after reviewing the facts, those who talk about Cameroon under structural adjustment could not be further from the truth. Because the country is rather in an economic adjustment which will last three years. Additionally, this does not prevent the country from recruiting in the Civil Service. Because the recruitment announced by Minedub is not financed by the Public Treasury. Actually, the government was granted by the world partnership for education, under the supervision of the World Bank, with the support of UNICEF and UNESCO among others, FCfa 26.5 billion to recruit 9,000 teachers over the 2014-2017 period.

Two waves of recruitment for about 3,000 teachers each have already been carried out. The recruitment for this year 2016-2017 is open to applicants under 40 years as at 1 January 2017 and holding a Capiemp (teaching certificate for nursery and primary schools) prior to 2014.

Interested applicants are invited to submit their applications in the arrondissement boards of education where they will receive a submission receipt. The deadline for submission is 17 February.