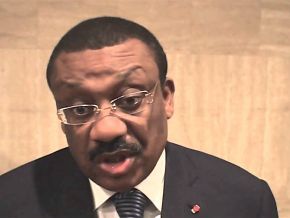 It is said that the former minister of water, who was forbidden from leaving the country, is nowhere to be found. True?

Some not so credible sources claim that Basile Atangana Kouna, the former minister of water and energy is in Canada but so far, nobody can really tell where he is.

In fact, he is being actively sought after by the General Delegation for National Security which barred him from leaving the country.

Moreover, on March 19, his wife was interrogated for hours by the special criminal court. Obviously, the former minister evaded the secret services. Indeed, yesterday, there was confusion as far as his whereabouts are concerned. Some people claim that he is in Kribi while some others say that he has been arrested.

“He was the head of the Directorate-General for External Relations in the 80s. He knows the methods used by the intelligence service and has covered up the traces of his escape”, a middle-aged journalist said.