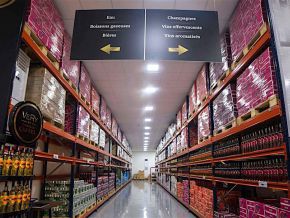 No, SABC has not invested in the establishment of Boissons vins et spiritueux (BVS) in Douala

Many media have announced that SABC has contributed financially to the establishment of BVS.

On the occasion of the inauguration of a factory of société Boissons, vins et spiritueux (BVS) in Douala on December 9, 2017, some media published that Société Anonyme des Brasseries du Cameroun (SABC) has financially participated to BVS’ establishment in the country. This is false.

“As a matter of fact, SABC group exited the wine and spirits industry to concentrate on its core activity and is no way, associated to BVS’ capital,” BVS commented.

“We wish to indicate that, unlike what some media have published, the CFA12 billion investment has been solely raised by our company, BVS, and, its partners Castel frères and Pernod Ricard which provided us with the opportunity to distribute their brands and technical support as well. Moreover, the vision and ambitions regarding agriculture solely befall BVS and its promoters”, the company adds.

In the first phase of its establishment in Cameroon, BVS reveals that it has already invested CFA12 billion. The 2nd phase related to the local production will be effective during Q1 2018, with a CFA2 billion additional investment. It will focus on the launch of a range of fruit juices with Portuguese partner Sumol Compal, and a wide range of liquors with Pernod Ricard’s technical assistance.