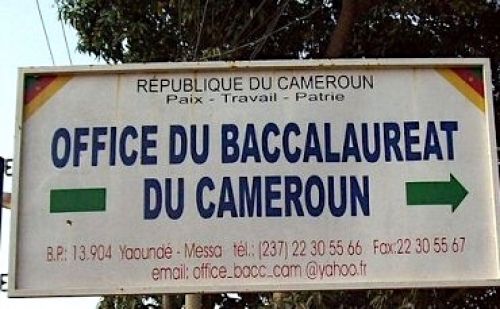 Yes, A-level exam will start one day ahead of initial schedule

The 2019 A-level exam initially scheduled to start May 28 will now start one day earlier than planned, we are informed.

According to Cameroon Baccalaureate Organization (obc), this is to avoid disruption that would have been caused by the Ascension Day on May 30 which is a national holiday as provided for in the law of 7 December 1973 establishing the legal holiday regime in Cameroon.

Therefore, written exam will be from Monday, May 27 to Wednesday, May 29 and optional tests will take place from Friday, May 31 to Saturday, June 1, 2019. These are the new dates for the A, ABI, C, D, E and TI series.

The same principle may apply to the compulsory practical tests of the baccalaureate of the ACA, ACC, CG, FIG, SES series, as well as the practical professional tests of the technician's diploma (brevet de technicien BT) Esf, Hotels and Tourism which are scheduled from June 3 to 8.

The Minister of Secondary Education (Minesec), Pauline Nalova Lyonga, informs that “in the event that the end of the Ramadan fast coincides with a day on which the tests falling within the scope of her department are held, the tests on that day will be postponed to the day following the end of the examination concerned.”

The last day of the Ramadan fast which is also a national holiday will be celebrated on June 4, according to the Cameroonian Council of Imams, Mosques and Islamic Affairs.