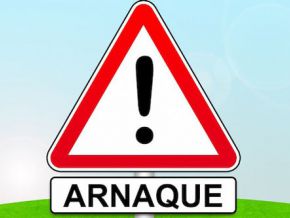 To cash a Western Union transfer one must photocopy his ID card for FCFA1000?

It is said that Sesame, partner of Western Union, does not take copies of ID cards made outside its branches.

FCFA1000. That is exactly how much one has to pay to photocopy his or her national ID card when about to collect a Western Union transfer. The outrageous fee is practiced by a financial institution baptized “Sesame”, partner of Western Union. Outrageous indeed it is given that photocopying usually cost FCFA25.

Interviewed, a desk-employee of one the Sesame branches in Yaoundé explains the fee saying: "We do not accept photocopies coming from other places because they are often blurry. And since we are dealing with money, it is better to use our own equipment which provide much clearer copies. We trust our photocopying machines more than those outside". She affirms that the FCFA1000 fee for a photcopy on A4 format paper is fixed and will not change.

The decision to make photocopying of the National ID card compulsory angered many who do not understand why Sesame’s fee is this exorbitant. Landry Eteme, relates what happened to him one day as he went to a Sesame agency to withdraw cash. "I came with my own copy, but I was asked to make another one, for FCFA1000. I refused and blocked the cue. They were therefore forced to give me my money. However, I believe they will lose many customers if this continues", he says.