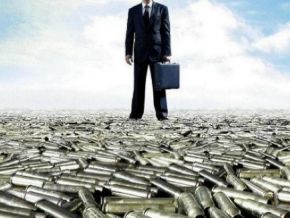 Are there really 10 million light weapons in circulation within the central African region?

The international committee of the Red Cross in the Central African region estimates that more than 10 million light weapons have been illegally introduced into the region. According to the  committee, the presence of those weapons has lasting effects on the security in the region.

According to Red Cross, the proliferation of these weapons is due mainly first to the non-compliance with the Kinsasha convention on small arms signed in 2011 and the Arms Trading Treaty adopted by the UN in 2006.  Though the two tests are mandatory, every country has its own interpretation and these interpretations allow to bypass some rules.

Secondly, the countries of the sub-region do not communicate on their arms imports, classifying them as a secret defense.

Furthermore, during a meeting of the UN security council on March 19, 2010, the then vice-secretary of the UN and the general secretary of the Economic Community of Central African States stated that due to regional conflicts, the porous nature of borders and the limited capacity of the nations, it is hard to monitor the circulation of small weapons.

Let’s note that that same year, the annual revenues generated from illicit arm trades was between $200-300 million, 20% of the revenues generated from the licit trades of these same weapons. During that same assembly, the general secretary revealed that during the last 15 years, 7 million light weapons were in circulation, 45% of which had either been effectively controlled or destroyed. From 2010 to 2018, the number of these weapons has surely decreased but the fundamental problem remains.