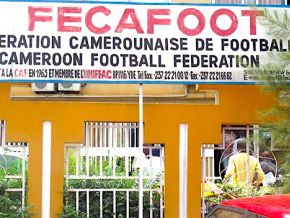 Are there scams in call-ups to play for the national football team of Cameroon?

There are apparently fake letters calling Cameroonian players to the next training session of the men's national football team in June 2017 going around and being sent to different national and international clubs.

There are scams on players being called up to the national football team of Cameroon. And the Cameroonian Federation of Football (Fecafoot) confirms it. In an advisory published on 12 May 2017, Laurence Fotso in charge of communication at Fecafoot, indeed advised that fake letters calling Cameroonian players to the next training session of the men's national team are going around and being sent to different national and international clubs.

“As a reminder, call-ups are issued by the General Secretariat of Fecafoot based on the list of players drawn up by the national manager-coach”, indicates Laurence Fotso.

She specifies that the list of players selected for the preparatory training session for the Indomitable Lions A team, to the official match of 10 June against Morocco, to the friendly match on 13 June against Colombia and to the 2017 FIFA Confederations Cup Russia was being finalised on 12 May by Hugo Broos.

“No letter of notification has therefore been sent to date [12 May] by Fecafoot. We advise utmost caution to the different actors in the national and international football world and invite them to report on any person in possession of this type of document via telephone 222201928 or via email Cette adresse e-mail est protégée contre les robots spammeurs. Vous devez activer le JavaScript pour la visualiser.”, writes Ms. Fotso. Who concludes that, the Cameroonian Federation of Football reserves the right to start legal action against any individual or entity, as part of this case.