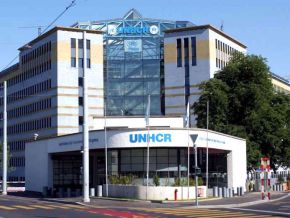 UNHCR coordinated repatriation operations for Nigerian refugees in the Extreme-North?

According to some online media, the United Nations High Commission for Refugees (UNHCR) apparently managed the repatriation of 500 Nigerians earlier in February 2017

Contrary to the information broadcast by some online media on 18 February 2017, the United Nations High Commission for Refugees denied on 22 February having any implications in repatriation operations for Nigerian refugees living in the towns of Kerawa and Kolofata, in the Extreme-North region of Cameroon.

The UNHCR rather explains that it received information stating that Nigerian nationals were returned to the border over the 10-15 February 2017 period. Aware of the security challenges in the area due to recurring attacks by the Boko Haram sect, the UN organisation declared that it rather keeps on “pleading with the Cameroonian authorities to maintain asylum access and thus respect the international principle of non-refoulement for asylum seekers”.

Moreover, explains UNHCR, it will sign with the Cameroon and Nigerian governments, on 02 March 2017 in Yaoundé, the three-party Agreement on freely consented repatriation of Nigerian refugees living in Cameroon. This Agreement sets the conditions, procedures and terms for the voluntary return in their country of origin, of slightly over 85,000 Nigerian refugees (with 72% in the Minawao camp) living in the Extreme-North region of Cameroon.

The three-party understanding guarantees that the repatriation, which is a voluntary decision, will only occur based on the freely expressed will of refugees and will respect the security and dignity conditions for their return to Nigeria.

Refugees who did not opt for voluntary return will not be directly or indirectly forced to return to Nigeria and their refugee status will continue to be recognised by the three parties.