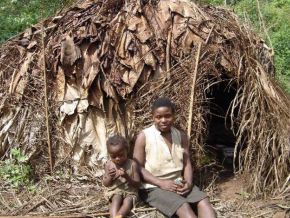 It is said that WWF is involved in spoliation of lands from Baka pygmees in Cameroon. True?

It is rumored that a complaint was filed against the NGo for violating the rights of the Bakas. True?

It was not Baka’s pygmees (located in the Eastern part of Cameroon) themselves that issued the complaint against WWF. It rather came from Survival, a British organization.

The Global organization for autochthones’ rights indeed accuses the World Wilde Fund for Nature (WWF) of taking part to practices that violate the rights of the Bakas to their own lands. In a 228 page report, presented in 2016 to Organization for Cooperation and Economic Development (OCED, which regroups 35 industrialized nations), Survival said WWF was involved in the zoning of areas protected by the Cameroonian State. An operation which, according to Survival’s investigations, was conducted without the consent of the Bakas and deprived them of, not only their lands, but natural resources as well. These, it should be noted, are vital for them. Survival also said the Bakas suffer physical abuse, from WWF’s teams and eco-guards both.

Indeed, Survival’s report also mentions “abuses by these teams, including arrests, beatings, torturing and killings, for over 20 years”. Though it did not fully deny all the accusations, WWF highlighted the impact that its work had on Cameroon’s environmental strategy, over more than two decades.

“WWF’ long presence in Cameroon is based on its conviction that protection (of nature) can only be effective if it positively impact indigenous populations and support them,” said in a statement Frederick Kwame Kumah, WWF regional director in Africa. Regarding the various accusations, the OCED is yet to comment.