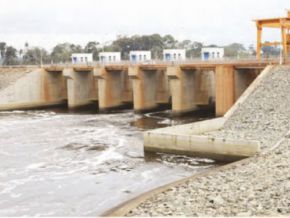 Will the people living near the Memve'ele dam be supplied in electricity for free?

According to some locals in the region where the hydro-electric structure has been installed in Southern Cameroon, the local population will be freely supplied in electricity because the project is in their village.

It was “Echos de Memve’ele”, the communication tool of the Memve’ele hydroelectric dam project (211 MW) who relayed in the 19 April 2017 issue, an ongoing debate in the town where the structure is located. “The neighbouring population is wondering about what is in store for them. Will the energy produced be beneficial for them and free?”, reports the magazine.

However, Dieudonné Bisso specified, “ what is know for sure, is that the electricity will not be free of charge”. So, contrary to the rumour, it is not because the hydro-electric dam was built in the Ntem Valley that locals will be freely connected in return.

On the technical level, explains the director of the project, a 30-KV transformer will supply the Memve'ele area all the way to Meyo-Centre and will loop with the line coming from Ebolowa, where a interconnection transformer is set up.

Therefore, the power from the dam will be lowered, for the South to have good energy. With the possibility of selling electricity to neighbouring countries (Gabon, Equatorial Guinea) if they express the need. It is also scheduled to install a 90-KV line at the borders (Abang-Minko’o, Kyé-Ossi, Menguikom, Ambam and Olamze).