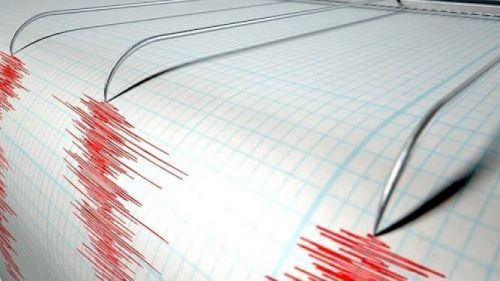 Yes, there was an earthquake in Yaoundé and Ebolowa

Many social media users indicate that they felt tremors in the two Cameroonian cities on Thursday. Really?

According to many Facebook posts, there was an earthquake in the city of Ebolowa, the capital of Southern Cameroon, on December 19. Well, this is true.

The governor of the South, Félix Nguélé Nguélé, confirmed it by declaring that he felt the tremors of this earthquake. “At first I thought it was a dream, but in reality, the earth did indeed shake in Ebolowa. I felt it here in my office, through the sound of the furniture. It was around 4:26-4:28 p.m.,” the authority told CRTV in remarks that can be found in this video. The Minister of Scientific Research and Innovation, Madeleine Tchuinté, gives more details on this event which did not cause any human or material casualties.

“The analysis of the recordings of the seismological station of the Institute of Geological and Mining Research (Irgm) located in Edéa has confirmed the detection of a local earthquake whose primary waves were picked up at 16:26 and secondary waves at 16:27 (...),” she explained in a statement read during the 13:00 news brief on Monday, December 23, 2019, on national radio. We learn that this is an earthquake of 5.7 on the Richter scale whose epicenter is located within a radius of 240 km from Edéa, capital of the department of Sanaga-Maritime in the Littoral region. “The instrumental epicentre is located in the oceanic part, thus confirming the location in the Atlantic Ocean as broadcast by the American agency United States Geological Survey,” the minister continued.

Nevertheless, the latter wishes to reassure the population, indicating that this is a natural phenomenon that is part of the seismic activity of the volcanic line of Cameroon. “The local geology must have influenced the effects felt in the various agglomeration because an earthquake of such magnitude would have caused significant material damage if it had been located in the continental part of the country,” Tchuinté indicated. A macro-seismic study is currently underway to determine the intensity of the earthquake in the various localities affected and the damage caused.

Many Internet users also claim to have felt the earth vibrate the same day in Yaoundé, the capital. This information is also true. “There was an earthquake that affected the whole south-central zone of Cameroon on Thursday. We are working on this to find out the real extent of the earthquake and where it came from,” sources close to the case at the IRGM, a specialized structure of the ministry in charge of carrying out research for better control of geological data, said anonymously.