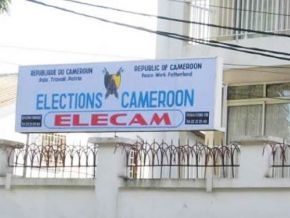 No, Elecam has not published a list of the 11 approved presidential candidates!

On July 23, 2018, some websites informed that following a first review of the presidential election (due for October 2018), Elections Cameroon (Elecam) approved 11 applications.These websites further claim that the institution is planning another review after which an official list will be submitted.

This  claim is however not true as the 18 members of the electoral council held a meeting at the VIP room of Yaoundé sports hall, to review the candidates’ application. Till now, however, there is no information about their discussions during this meeting which was held behind closed doors (according to an article published on Elecam’s website).

Let’s note that the result of their review should be available by August 8, 2018, at the latest.