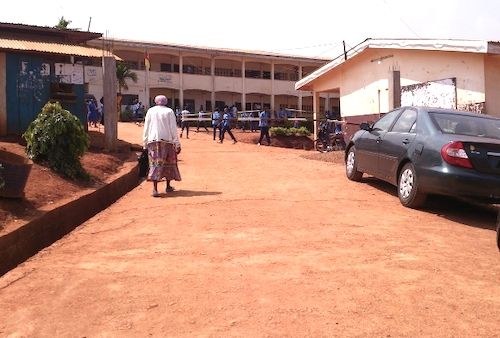 No, there was no fight between a student’s parent and an overseer at Ekorezok bilingual school

According to the rumor, a woman came to the school to fight with the overseer because he seized her daughter’s phone. Is it true ?

Recently, a rumor sparked on social media indicating that a woman fought with an overseer at Ekorezok bilingual school in Yaoundé because the latter seized her daughter’s phone.

According to the rumors, the woman was angry because the overseer forced her ward to watch obscene pictures on his phone.

The school’s officials inform that this is false. “Such thing never happened in our school neither recently or in the past,” the headmaster indicated in a communique published on February 26, 2019.

According to the headmaster, the school regulation clearly states that “no teacher is allowed to let a student out during class hours without an overseer’s approval, even if it is to meet a parent."

He also indicates that there is a confusion concerning the identity of the said overseer. “Is it a teacher or an overseer? If it is an overseer, what is his name because Ekorezok bilingual school has eight,” the headmaster says. “We are as amazed as you are by the actions narrated and said to have happened in our school and we ask you not to take it into account or not to think that it happened at Ekorezok bilingual school,” he concluded.