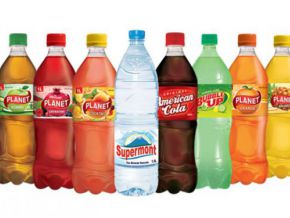 Source du Pays, a company specialized in the production and marketing of carbonated drinks and natural mineral water, bought “Opur” and “Vigo” from the the Nana Bouba Company (Nabco).

The first is a mineral water brand and the second, a soft drink. Even though no amount has been revealed, this acquisition, according to analysts close to the subsidiary of El Sahely group, enables the company to reach a substantial size and expand its product offer. An offer which includes its natural mineral water “Supermont”, a range of carbonated soft drinks, a range of non-carbonated soft drinks and a range of energy drinks made with “Supermont” water.

This acquisition would also enable Source du Pays to take position as the main competitor of Société Anonyme des Brasseries du Cameroun (SABC) on the mineral water and carbonated drinks market, we learned. A segment where the company had a volume of 1,418,000 hl and a progress of 36.1% in 2015, against 2,366,337 hl excluding free samples and exports for SABC. SP’s performance is essentially due to the very low prices marketed.

The purchase of the Opur and Vigo brands, though underway for several months generated many comments on social networks. Especially from marketing experts. “I think that Nabco missed an opportunity to take a position on the carbonated drinks market; the lack of real strategy led them straight to failure. Best wishes to SP, a company whose marketing service is constantly showing creativity”, commented Alfred Priso, Marketing and Commercial Manager in a local company. He is supported in his analysis by his peer who declares: “Too many losses indeed since the launch of the Vigo drinks: a real failure contrary to Opur, who had managed its entry on the water market”.

If for most observers, the sale of these brands is the result of a poor commercial strategy, others on the contrary note some positive of the products. “We must that they are more competitive on prices and quality of the water. And considering our purchasing power, this is a good strategy. But we must not forget that of the competitor SABC revises its prices Source du Pays will face some serious issues in my opinion, they should rework their soda drink and reposition the Planète brand on the market”, explains Louis Per Fia, marketing professional.

Following its shutdown in 2005, Source du Pays S.A. created in 1985, was bought in 2010 by the El Sahely group (ABN). This acquisition was supported by a full of the production equipment, the buildings, logistics and products. The main activity of the company is the production and distribution of natural mineral water, soda drinks and non-carbonated drinks. Products entirely manufactured in Cameroon under licence of “Monarch Beverage Company” and present in more than 60 countries throughout the world including 15 in Africa.