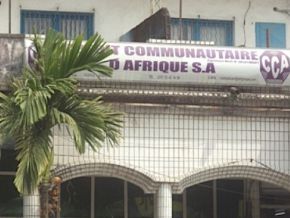 Some people say that customers saving with Crédit Communautaire d’Afrique which became a bank, could lose their assets?

On social networks, some people seem to suggest that a misfortune could befall the assets and other commitments of savers registered in the books of the former micro-finance company now turned bank.

Now 15th bank of Cameroon since 20 March 2017, concerns arose about what would become of the assets of the people saving with the former microfinance establishment Crédit Communautaire d’Afrique (CCA). On social networks, some people even announce that the change in legal status of CCA should worry the clients who could lose their money.

Lawyer Siméon Wachou, President of the Business Law Bar of Cameroon gave some clarifications. He explains that the transformation  from microfinance establishment to bank does in no case involve the termination of rights and obligations for the parties. Example: a EMF debtor remains a debtor of the bank and the assets of the saver are now directly owed by the bank.

“The bank has a more important capital (in billions of FCfa) compared to the microfinance (in millions of FCfa). The bank is more demanding in terms of bank guarantees than the microfinance. The standards of prudential management for banks are more stringent than those for EMF generally very flexible in the credit granting activity”, explains the President of the Business Law Bar of Cameroon.